A review of Gary Hill on Music Street Journal! 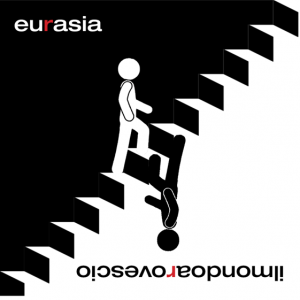 Review by Gary Hill
While the members of this act might not be well-known to American audiences, each of the five musicians in this band have reputations in Italy. This new band focuses on a solid performance of the musical genre known as Italian progressive rock. This is based heavily on fusion, but there is a lot more sound here, too. It should be noted that if you require your vocals to be sung in English, you probably should look elsewhere.

This review is available in book format (hardcover and paperback) in Music Street Journal: 2017 Volume 5 at lulu.com/strangesound.

Un mondo a rovescio
There is almost a traditional jazz backdrop to this piece. The cool crunchy guitar brings more of a fusion vibe. There are some bits and changes on this that make me think of Frank Zappa a bit. The vocals are very much in line with what one expects from Italian progressive rock.

Fatti i fatti tuoi
Coming in fast paced, this is an intriguing piece of Italian prog. It has a lot of jazz, but a lot of weird psychedelia, too. It’s definitely left of center, but it’s also dramatic. This thing is hard rocking for certain. There is some cool guitar soling built into this.

Il buio nero
There is a lot of jazz in this one, too. It’s a solid prog rocker that’s decidedly Italian in nature. I like the soaring sections of this a lot. I am also a big fan of some of the bass playing mid-track.

L’avvenire di un’illusione
This energized powerhouse is one of the most purely rocking numbers here. It even has some hint of some of the punk inspired prog of acts like Green Milk from the Planet Orange. I like this a lot.

Il fantasma del tiranno
The jazz and typical Italian prog elements drive this in nice directions. I really like some of the guitar work a lot. There are some interesting vocal parts that lean along the lines of scat singing.

Vado contro
A harder rocking number, this is a real powerhouse. It’s driving and hard edged. Yet, it’s also decidedly prog rock based. The guitar soloing brings it more into fusion territory.

Il segreto nascosto
This one works much more along the lines of fusion. It’s a cool cut that’s one of the more effective ones here. The piece has a nice balance between mellower and more rocking stuff. This includes some smoking hot fusion exploration in the instrumental segments.

La luna in tasca
Jazz and energized rock music makes up the concept here. Again, the guitar really shows off, this time in a clean bit of soloing. There are parts of this that make me think of Peter Banks era Yes.

Bispensiero
This is weird, but cool stuff. A horn solos in the background as a voice talks quickly over the top. The jazz jamming in the backdrop is incredibly classy. It works out to more of the rocking prog stuff that we’ve heard throughout this set. Still, there are some crazed jazz overtones built into it. There are sung vocals in those later sections of the cut. I love some of the guitar soloing. The latter parts of this are built around an extended instrumental movement. The drums get one heck of a workout late in the track, and it really works out to a crazed bit of space music before the vocals return.

Sorano tamoto
Vocals with symphonic backdrop open this. That holds the piece with an almost operatic sound for a while. It grows out beyond that point to some rocking stuff that’s quite classy. I really am enamored with the melodic guitar soloing that is heard further down the road. This eventually becomes one of the most effective passages of the whole disc. It rocks out quite well. It drops to an acoustic guitar solo followed by a bit of strings to end.

Go to the original Site